Bail Reform, what they aren’t telling you! 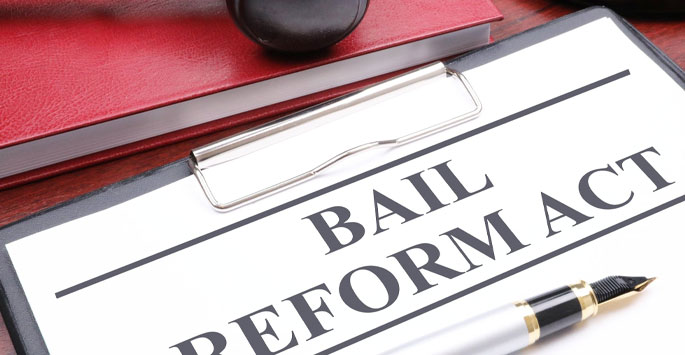 What they aren’t telling you about is the state’s failure to protect their citizens!

State Officials haven’t focused on the fact that Public Defenders are over whelmed with case loads and short staffed. This is the main reason defendants are sitting in jail. They cant afford private representation. Judges and State Attorneys are attempting to keep the city in order by issuing bonds based on the defendant’s prior incidents with the law.

State Officials are only concerned about the bail companies profit for providing a service to the people that can not afford to post a CASH bond with the Jail. If bail is set at $1,000 the county would prefer you pay $1,000 cash to the jail instead of using a Bail Bondsman.

This method allows the county to manage your $1,000 at their convenience. They can use it for court cost or monies owed to the court by the defendant you posted bail for. They can careless who the money belongs to.

Most of our citizens have no idea how the court system works. I would love to educate you on how many release options we have in Florida.

There are programs in place already for first time offenders and non-violent crimes where  bail is eliminated. Mind you these options have restrictions that are not followed 100%, I have witnessed the release of offenders with violent crimes and habitual offenders released to these options.

Here is a list of the programs and options available in Florida.

Pre-Trial Services – a taxpayer-funded program designed to facilitate the release of defendants who are awaiting trial.

TAP – (The Alternative Program) enabling low-income and indigent individuals to be released at bond hearing for non-violent offenses, free of charge, thus, enabling those qualified offenders an opportunity to return to their communities to resume work, bond with family members and, where applicable, regain a fresh start at rebuilding their lives.

ROR – A release on your own recognizance (ROR), also known as an own recognizance (OR) or personal recognizance (PR), is a written promise signed by the defendant promising that they will show up for future court appearances and not engage in illegal activity while out on an ROR.

PTA – A promise to appear (PTA) can be issued in lieu of a physical arrest only in misdemeanor cases. … Florida Rule of Criminal Procedure 3.125 provides law enforcement officers with the authority to issue a written promise to appear instead of physically arresting a suspect

House Arrest – Monitors defendant via an electronic device while they are waiting for trial for a minimal fee of $1 a day. This option can cost more then posting a bond with a bail bondsman in the long run.

I think our state officials may be focused on the wrong thing and patching a hole is not going to fix the system.

*In a recent study, David Krahl, assistant professor of criminology and criminal justice at The University of Tampa, found that in terms of sheer cost alone, the use of surety bonding costs Florida taxpayers absolutely nothing in terms of taxpayer dollars.